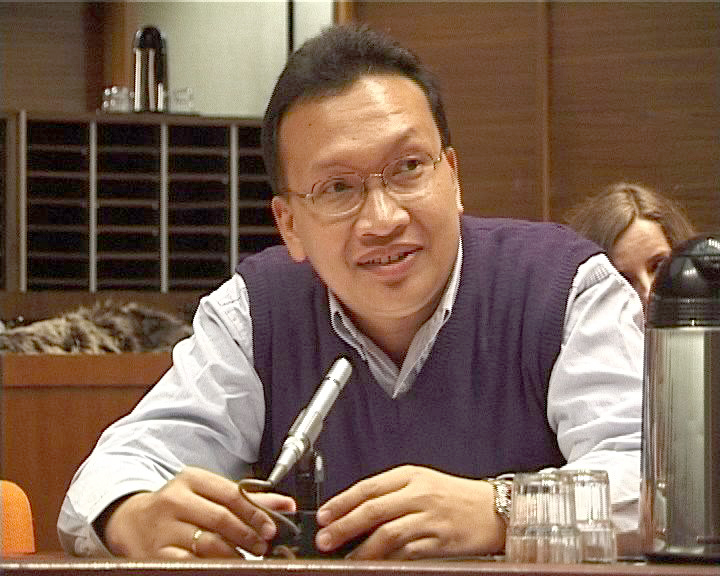 Fatmawati Hospital is a tertiary referral hospital, located in South Jakarta. It is the only state hospital at Southern part of Jakarta, receiving patient from South Jakarta Municipalities, Tangerang District and City of Depok.

Based on the decree of the Minister of Health No. 21286/KEP/121 of April 1,1961, the foundation of the hospital was changed to General Hospital. The management, expenditures and maintenance of the hospital were under the responsibility of the Ministry of Health which was in force starting from April 15,1961. The date was then officially determined as the establishment date of the Fatmawati Hospital.

Based on the decree of Director General of Medical Services No. YM.00.03.2.2.1028 dated September 27,2002, the hospital has got the status of ‘Advanced Fully Accredited’.

The Department of Obstetrics and Gynecology

Department of Obstetrics and Gynecology is one of the 22 Departments at the Hospital. It is divided into 3 Divisions i.e. Division of Maternal Fetal Medicine, Division of Endocrinology / Fertility and Division of Gynecology-Oncology.

The activities at the Department are divided into Services, Education and Clinical/Field Research. As a teaching hospital, the Department arrange internship for undergraduate students from Trisakti University as well as residence of Obstetrics and Gynecology from University of Indonesia. The outpatient departments give services in antenatal care, prenatal diagnostic, fertility examination, general Gynecology and Gynecology-Oncology. In inpatient departments, the activity in operating theatre consists of basic Obstetric and Gynecology operations, laparoscopic & hysteroscopic surgeries and Gynecology-Oncology surgeries.

There are 179 beds in wards, which are divided into pre- and post partum wards, Gynecology-Oncology wards and for infants. There are also level II and level III Neonatal Health Care with Neonatal Intensive Care Unit. In delivery wards there are 5 beds for normal deliveries, 4 beds for treatment of preeclampsia/eclampsia in high care rooms and 1 isolation room.

During the year 2002, there were 1792 live births, 33.9% deliveries with complications, and the Cesarean Section Rate was 29.9%. There were 9 maternal mortalities, consist of 6 cases of Post Partum Hemorrhage, 2 cases of Preeclampsia complicated by HELLP Syndrome and 1 case of congestive heart failure. The Maternal Mortality Ratio was 50.2/1000 live births and the Perinatal Mortality Ratio was 25/1000 births.

The hospital has a Task Force for Proactive Urban Hospital, which carrying out all activities to improve and strengthen the Referral Networks in Maternal and Perinatal Health Care. The Task Force built a referral networks from Health Center and Maternity Clinics to the Hospital in the attempt to reduce maternal and perinatal mortality. The Task Force arranges a Maternal and Perinatal Meeting every 3 months, with all Health Centers and Maternity Clinics around the hospital who referring their patients to the hospital, to make a case review and evaluation.

The Department also has collaboration with Indonesian Society for Perinatology in the Adolescent Health Clinic, because the adolescent pregnancies contribute to maternal mortality. The activity of the clinic is giving services for adolescents who have problems, especially reproductive health or psychological problems, difficulties in learning and drug abuses. It does not only cover the adolescents who came to the hospital, but also gives education at schools.

The other activity of the Department, in cooperation with the National Clinical Training Network in Reproductive Health, is giving clinical trainings of health providers from the primary health center around the hospital, to improve their competency. The training program that had been conducted was post abortion care, and the future programs are normal delivery care, universal precaution, IUD insertion, and insertion and removal of implantable contraceptive.

THE INDONESIAN SOCIETY FOR PERINATOLOGY ( PERINASIA )

Perinasia (The Indonesian Society for Perinatology) established on the June 13,1981, is an organization for those who concern about perinatal health, which is the health of pregnant mothers from 20 weeks after conception until the baby at the age of 7 days. This is a non-profit organization, independent, and the purpose is to help the effort to decrease mortality and morbidity rate of perinatal and newborn babies and mother in Indonesia. At the province level in Indonesia there are 19 branches. Perinasia has about 1300 members consisting of obstetricians and gynecologists, pediatricians, other specialized physicians, general practitioners, public health, midwives, nurses, psychologist, and other individual interested in mother and new born baby health problem in Indonesia.

The idea to found Perinasia raises from some individuals who felt concerned about the health of pregnant mothers and new born babies. The condition was reflected by the high maternal and baby mortality rate. At present Perinasia works in cooperation with The Indonesian Society of Obstetrics and Gynecologists (POGI), Indonesian Association of Pediatricians (IDAI), Indonesian Midwivery Association (IBI) which are of the same field of services. One of the organizations is more interested in perinatal field, to play the more roles in promoting the quality of human resources from the womb and perinatal period.

NCTN is an institute of professional public service which was established on the agreement of its stakeholders (The Indonesian Society of Obstetrics and Gynecologists, Ministry of Health, The National Family Planning Board, and The John Hopkins Program International Education and Training in Reproductive Health/JHPIEGO). The objective of the establishment of NCTN was to create qualified clinic providers. In 1994, it is known that at the early period the organization was established, there were discrepancies in many clinical services stages due to lack or differences in competency of clinic providers. Such a condition can immediately be observed from the evaluation of results of the Family Planning clinics (particularly intrauterine contraceptive device and implant) at various service facilities.

Based on those results, The Indonesian Society of Obstetrics and Gynecologists, The National Family Planning Board, Ministry of Health, The John Hopkins Program International Education and Training in Reproductive Health, and the Heads of Obstetrics and Gynecology Department of certain Medical Faculties were in agreement to establish the NCTN to provide qualified clinic providers who are able to overcome any discrepancies.

One of the factors in making up quality is the presence of standard of various processes, which comes out in the form of satisfaction of clients. It is indeed what the NCTN are professionally going to establish in order to create qualified clinic providers.

The NCTN are carrying out adaptation and adjustments of various techniques and processes which are known to be effective and efficient in making qualified participants. Competency-based Training is one of components used in this method.

Any training center will need a kind of tool to monitor their activities, which is important in making evaluation in their performance and in planning their future training.