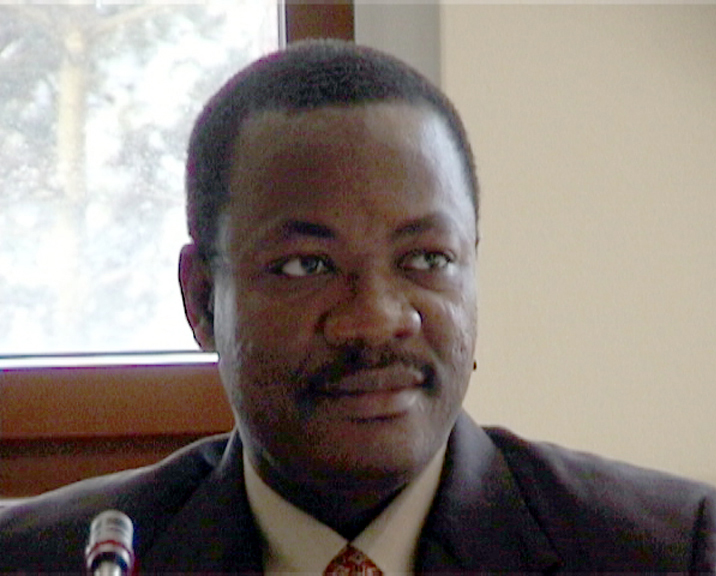 Federal Republic of Nigeria is one of the sub-saharan African nations. She is the largest black nation in the world with a population of about 120 million. The land is rich in both human and resources resources. The wealth of the land is however not proportionately distributed with a high percentage of the people still living below poverty line.

There are thirty-six states in the federal structure in addition to a Federal Capital Teritory(FCT) where the capital city, Abuja is located. The states are semi-autonomous but the centre still retains the main political and economic power.

There are other notable cities in Nigeria like the erstwhile federal capital, now the commercial nerve centre, Lagos; others are Ibadan, Kaduna, Kano,Port Harcourt, Onitsha, Benin City, Abeokuta and Oyo Alaafin to mention a few.

Abeokuta is the capital city of Ogun state, one of the thirty-six states of Nigeria. It is a moderately large city, located about 100km north west of Lagos. The population is about half a million. It houses two federal health institutions, the Neuropsychiatric Hospital which is the WHO collaborating centre for behavioural disorders and neurological diseases, and the Federal Medical Centre, the federal tertiary medical facility established in lieu of a federal teaching hospital in Ogun state. There are other medical facilities in the town: two general hospitals,one mission hospital, six community hospitals/ basic health centres and many private health institutions. The state teaching hospital is located at Sagamu, another town in Ogun State about 30 minutes' drive from the capital.

The Department of Obstetrics and Gynaecology has five consultant specialists, three senior registrars and nine junior residents. The nursing staff include an Assistant Chief Nursing Officer(ACNO), four Principal Nursing Officers(PNO), twelve NO I and six NO II.

The immediate past head of department, Dr O.S. Sotiloye who is now the Head of Clinical Services for the hospital is participating in the 12th course of the Postgraduate Course in Reproductive Health and Reproductive Biology of the Geneva Foundation for Medical Education and Research /WHO / HUG. The current head of department, Dr A.O. Fawole participated in the 10th course.

There are 150 beds at the moment and we are still expanding. The average delivery rate is now just over 1000 per annum. The average antenatal clinic attendance is over 10,000 per year. The hospital has an Aloka 1200SSD ultrasound equipment and a cardiotocographic machine which are mainly used for antenatal fetal assessment as indicated.

The obstetric ward is attached to the labour ward while the gynaecological ward is separate. The four-suite modular theatre of the hospital is close to the labour ward but is pesently being shared with the surgical specialities. Our present Caesarean section rate is 21%, maternal mortality is about 620 per 100,000 mainly from obstetric haemorrhage, hypertensive diseases and maternal sepsis. This is modest when compared with country rate of about 1,500 per 100,000.

The Reproductive Health Care Centre is a purpose built unit under the department. It is strategically located and it caters for the needs of the general public and members of staff. More attention is now being focused on the adolescents because of their peculiarity and the current high prevalence of unsafe abortion, STIs and HIV / AIDS which the unit is presently combating. Annonymous counseling for HIV/AIDS and a full range of contraceptive methods is being offerred along with genital cancer screening, infertility evaluation, post abortion care and sexually transmitted infections management.

A Saturday clinic was recently commenced to meet the needs of people who are otherwise busy during the week and especially the adolescents who would rather come under cover when the crowd is much reduced in the hospital.

We have been collaborating with a number of local and international agencies especially in the area of reproductive health. Notable among these are:

Some of the publications from the department are listed below: